Its not always common nor its entirely dependent on when and how public places will be checked by the vector control unit. But, when it was planned to be conducted, we were there to witness it and that we consider it to be a fortunate opportunity.

Our group were divided into three and the two other groups followed the Food Hygiene control unit and my group, (S.Pala, Sujes and Ram), got the chance to follow with the vector control unit.

Today’s task given to the vector control unit is to check the premises around Sik for insects breeding. The places were limited to car workshops, tyre repairing centres and steel selling shops.

The officers in-charge started looking for potential insect breeding spots like in unused rubber tyre were rain water has accumulated, left over metal barrels and not to leave, in the wash room too. issued to them. For the shop lots where no occupants resided, notice were pasted on the entrance door. According to one of the officer, a recheck will be carried out after a week to check for the changes.

There were also notices issued to certain shops to direct them to clean their work place as most of them were of a big mess.

The procedure before issuing a compound for larva breeding:
a)Basic pipette and a glass container were used to take sample from water in which larva were seen. After the sample collection, small amount of alcohol is added to it mainly to preserve the sample.
b)Then photos were taken when officers are explaining to the witness (on behalf of land lord or shop owner), as a proof to show that the procedure was done in the presence of someone on behalf
of the shop owner.
c) Compounds were then issued. 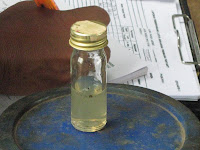 Photos were not only taken by the officers but also by me to furnish this blog as an update on Day 4’s activity.

The operation came to a halt just before lunch, at around 1pm, and was to be continued after 2pm. 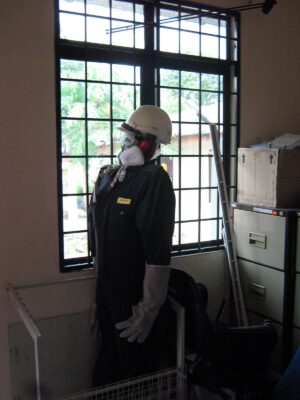 Appropriate uniform that should be worn before fogging 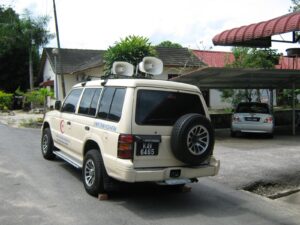 The fogging machine and photos taken prior to fogging Students attentive during a presentation by Dr Ishak (DHO) 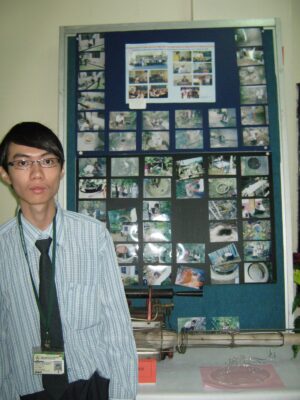 Another picture snapper and our blog administator, Mr.Jun Sian